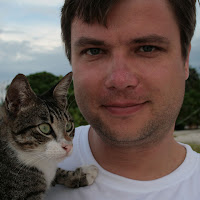 Filip Blažek
works as a full-time graphic designer since 1993. In 2000, he graduated from the Faculty of Arts at the Charles University in Prague. Apart from being a designer, he is a co-author of Praktická typografie (Typography in practice), ComputerPress, 2000, 2004. He regularly contributes to professional periodicals in the field of graphic design. He is a founder and a member of the editorial office of TYPO magazine, which focuses on typography, graphic design and visual communication. He is an owner of the Typo.cz server, dedicated to Czech and international graphic design. Since 1999, he lectures on type and corporate identity. He is the Czech deputy of the international organisation ATypI. 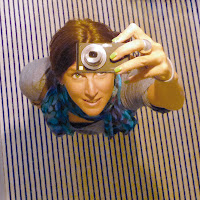 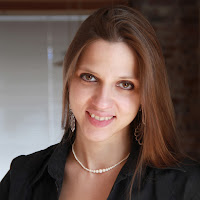 Sarah Lazarevic
is a graphic designer and typographer. She has worked for ten years with the photographer Max Yves Brandily. She is now working as a freelance graphic and type designer for clients such as the French Post Office (La Poste), Millau City Council and the International Francophone Organisation. She teaches graphics and typography at the Ecole Professionnelle Supérieure d’Arts Graphiques et d’Architecture de la Ville de Paris (Graduate Training School in Graphic Arts and Architecture in Paris). She is also developing her own work in copper-plate engraving. 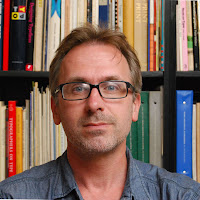 (1960) started his type design career in the mid-1980s. He designed the award-winning typeface FF Scala, the first serious text face to be published by FSI FontShop International in 1990. In 1993 FF Scala was augmented with a sans-serif version, FF Scala Sans, in which the sans follows the same principle of form as the serif. Worldwide the Scala family has established a position as a 'classic' among the new digital typefaces.
In 1994 Majoor designed the Dutch telephone directory, for which he did both the typography and, more importantly, created an exclusive typeface for it: Telefont.
Majoor’s third major typefamily, FF Seria was released in 2000. A year later it was awarded a "Certificate of Excellence" from the ISTD International TypoGraphic Awards in London and a "Certificate of Excellence in Type Design" from the ATypI Type Design Competition "Bukva:raz!" in Moscow.
The FF Nexus family (2004) has three versions that are all 'connected': a serif, a sanserif and a slabserif. It was one of FontShops first OpenType fonts and two years later it won a first prize at the Creative Review Type Design Awards 2006.
Besides working as type designer, Majoor has designed several books. For eleven years he was the graphic designer of the Warsaw Autumn Festival in Poland. He taught typography and gave workshops at several Schools of Art, he gave lectures at conferences in Paris, San Francisco, Barcelona, The Hague, Berlin, Prague, Warsaw, Katowice, Stockholm, Vienna and Seoul. He wrote articles for magazines like Items, 2+3D and Eye, and he contributed to several books on typography. Majoor works in both The Netherlands and in Poland. 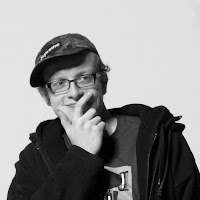 studied sociology at The University of Warsaw and type design in the Department of Typography and Graphic Communication in University of Reading (UK).
He worked at Neville Brody's Researchstudios in London before collaborating on a number of magazines and newspapers in his native Poland. Marian was also invited to work with several institutions on projects related to Polish culture.
He is passionate about multiscript typography and typedesign and is currently living in Amman, Jordan, where he is exploring the subtleties of Arabic script and language and conducting research into visual culture in the Middle East. He represents half of the design duo BerszMisiak. His Latin-Arabic font will be published soon by Rosettatype.com a new typefoundry with focus on multiscript typography.